Before electricity reaches the socket, it usually has to travel long distances. Along the power lines, i.e. the transmission routes from the energy producers to the consumers, countless meter-high overhead lines are strung together. Heavy construction equipment such as cranes and excavators are used to ensure that these can be built and maintained safely, thus guaranteeing the expansion of the power grid. 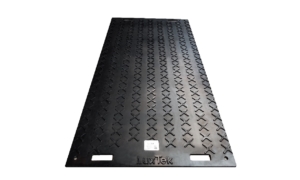 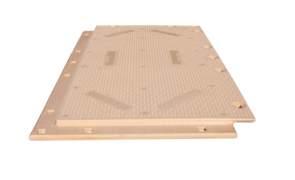 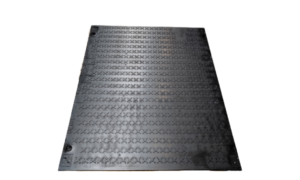 Possible applications of our construction mats

With our plastic plates, stable temporary paths can be quickly constructed on the often muddy and sloping terrain, on which the heavy construction vehicles and equipment can safely move. Major efforts are needed to ensure a nationwide power grid in Germany, because in many southern regions in particular the local power supply is no longer sufficient to reliably supply households and businesses with electricity. New power lines have to be built to transport the electricity from the north, where it is mostly generated in the form of wind energy with the help of wind turbines and wind power plants, to the south. In addition, far-reaching modernization measures and maintenance work on the existing power grid are planned as part of the energy transition.

In line construction, LuxTek road plates are used in the following areas, among others:

Driveway made of plastic road mats

Construction machinery such as cranes and excavators are in constant use to transport the components needed for the high-performance overhead lines. To ensure safe framework and working conditions during network expansion – just as in pipeline construction and the laying of fiber optics – load-bearing roadways are indispensable. Our plastic driving plates are an ideal solution for this: They create a load-bearing ground cover that can also be driven over by heavy-duty vehicles and construction machinery without any problems – whether for the construction of power lines, wind turbines or similarly heavy work. Even on damp or sloping ground, safe driving routes can be formed quickly and easily. The robust working platforms thus make a major contribution to efficient operations. They prevent vehicles and machinery from being damaged and provide safe access to overhead lines for pedestrians. In addition, the plastic panels also protect the ground from lasting damage that can occur during work.

Advantages of our road plates

When working on power lines as well as on power generation facilities such as wind turbines, it is of utmost importance to use non-conductive floor coverings for access. The plastic driving plates meet this criterion and also offer a whole host of other advantages:

Roadways for the construction of power lines can be formed without much effort. High-capacity overhead lines are usually located in meadows and fields – but it is not uncommon for the ground on field paths to be uneven and muddy. These are difficult conditions for the safe and trouble-free use of machines and heavily loaded vehicles. With plastic roadway plates, a stable and safe surface can be created in no time at all, on which vehicles can drive and maneuver without any problems. This means there is no risk of vehicles or machines getting stuck in the ground or sinking into the subsoil. A safe working environment is essential, especially when working on power lines, because otherwise serious accidents can easily occur.

With our various heavy-duty plates and road plates made of plastic, you can quickly and easily construct safe driving routes on any terrain in overhead line construction. We have suitable solutions ready for every requirement.

Meets the highest demands with its load capacity of up to 200 tons. Ideally suited for the construction of driveways for pipeline construction and as a fastening for the set-up areas of cranes. Available in various sizes, the plate can be laid in no time with the help of a forklift truck. Ideal for the use of heavy vehicles and machinery. 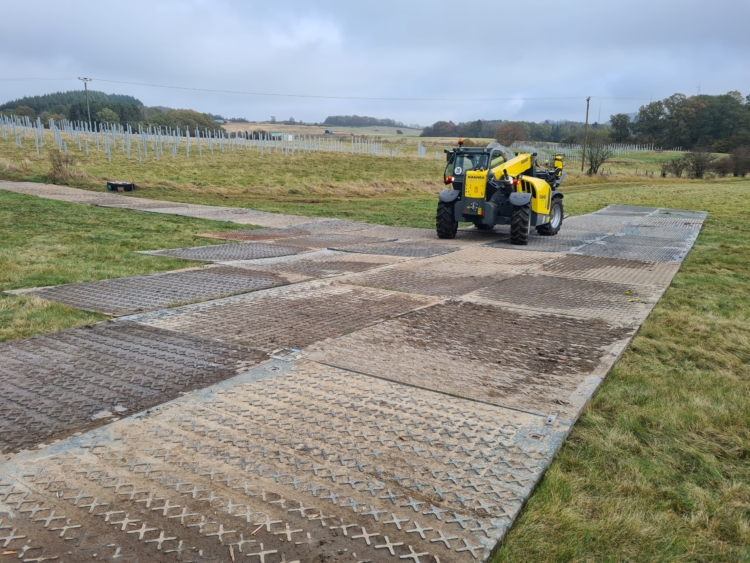 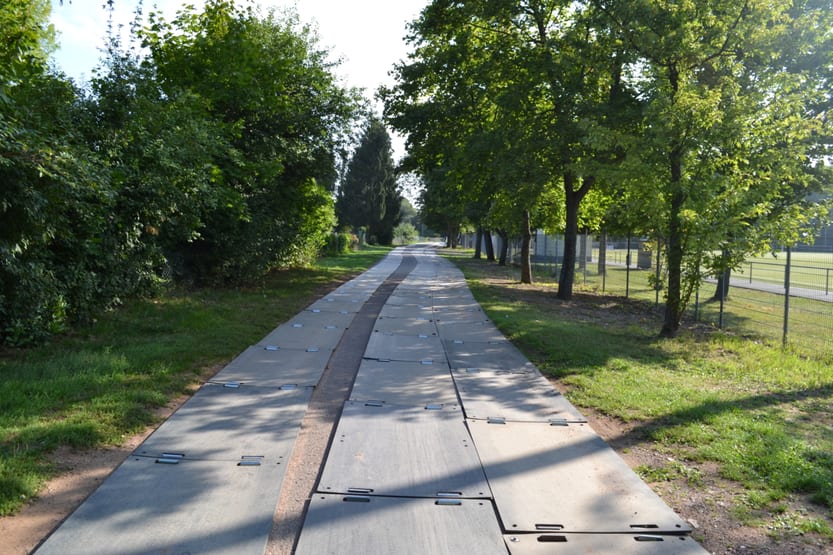 Especially in bad weather conditions, this driving plate provides sufficient grip for construction vehicles due to its profiling on both paved and unpaved roads. Can be easily laid, dismantled and transported. 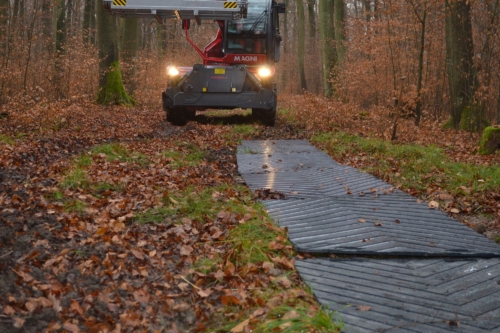 If you want to build safe routes for the construction of power lines, you will find various plastic panels and the necessary accessories. With the right connectors, the panels can be easily used to form routes. This is particularly quick and easy with connecting clamps; for routes that are subject to long-term stress, we also have double screw connectors and quadruple screw connectors, among other things, ready for you. Of course, we also offer steel ground hooks for fixing the panels in the ground. 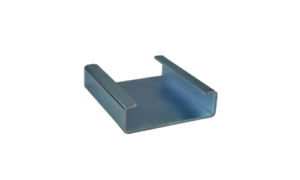 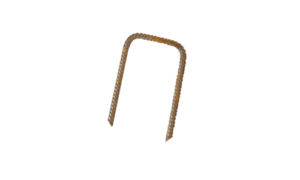 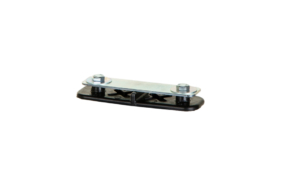 Double screw connector
See product
Do you have any questions about our driving plates?
Contact us. We will be happy to advise you personally and without obligation!
Contact us
Topic overview
Customer service
What defines our company